Dr. Alvarez teaches U.S. Literature with a specialty in U.S. Ethnic Literature. She has enjoyed teaching Native American fiction and poetry. In her spare time, she likes writing poetry. Dr. Brook Colley is an Associate Professor and Chair of the SOU Native American Studies program. Colley’s research is focused on federal Indian law & policy, Oregon Tribes, intertribal relations & conflict, and community health & healing. Her book Power in the Telling: Grand Ronde, Warm Springs, and Intertribal Relations in the Casino Era was published in 2019 by the University of Washington Press and it was a finalist for the Frances Fuller Victor Award for General Nonfiction. In 2014, she received her Ph.D. in Native American Studies from the University of California, Davis, and is currently working on an intertribal Indigenous-led collaboration to enhance first food access and first food production in Southern Oregon. She lives in Jackson County with her daughter, and two pups named Honey and Leonard Cohen. Brent is of Wasco/Yakama/Warm Springs decent. He is a traditional storyteller, fancy dancer, and drummer as well as an actor, playwright, musician. Brent enjoys recruiting, teaching and working with Native youth and the community at large. 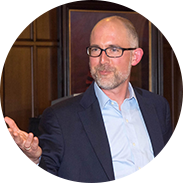 Sean McEnroe spends much of his time studying and teaching about the Indigenous Americas. His first book, From Colony to Nationhood in Mexico, argues that essential elements of Mexican citizenship evolved from an early compact between Spaniards and native nations. His newest book, A Troubled Marriage, is a study of the literal and figurative marriages among European and indigenous communities throughout North and South America. Dr. White Eyes is an Assistant Professor of Native American Studies at Southern Oregon University. His teaching and research interest includes Native American Epistemologies and Storytelling, Education, Native American Philosophy, Narrative Analysis and Creative Writing in Research, Native Masculinities, and others. His research is focused on issues of access and success for Native American peoples in postsecondary education. Mary Jane has been at the SOU since 1993. Her efforts to acquire Native studies materials for Hannon Library have resulted in one of the strongest collections in the region, with more than 15,000 books, films, journals, and other resources. Mary Jane is available to assist students with their research. Jean helped facilitate the beginnings of Native American Studies at SOU in 1992, the first academic minor and then certificate program in the Oregon system of higher education. She was a faculty member in NAS until her retirement in 2016 and taught courses on Native North America and contemporary Native American issues. Jean also helped to bring into being Konaway Nika Tillicum, the Native American youth academy held annually at SOU since 1995. Jean currently serves on the Native American Advisory Council for NAS and is a member of the Oregon Indian Education Association. Dr. Phillips has been education writer and policy analyst for international development agencies, and has taught at several universities. He specializes in Latin American studies, including Native peoples, human and cultural rights, social change, studies of refugee populations. He he is a third generation descendant of Innu ancestors. David was the Native American Studies director at Southern Oregon University until his retirement in 2015.
David taught core courses in NAS, offering insight into both the historical perspectives as well contemporary Native American issues. His advocacy efforts for Native American Indian education in Oregon is evidenced by the success of Konaway Nika Tillicum, a residential Native American youth summer academy held on the University campus. This academy is a model program in Oregon and the West Coast. David is a member of the Oregon Indian Education Association, the National Indian Education Association, The National Congress of American Indians and serves as the institutional representative for the Southern Region with the Oregon Indian Coalition on Post Secondary Education.