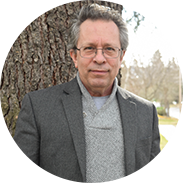 Sean McEnroe is an historian of the Atlantic world, specializing in religion, ideology, and state formation. His newest book, A Troubled Marriage, is a study of the literal and figurative marriages among European and indigenous communities throughout North and South America. His earlier work, From Colony to Nationhood in Mexico, describes the role of Indian leaders in the creation of modern towns and modern citizenship. As an archival historian, McEnroe works in manuscript and rare book collections in Latin America, Europe, the United States, and Canada. He is currently at work on a third book—this one a study of new beliefs about science and magic that mingled and spread in the Atlantic world during the nineteenth century. Dustin Walcher is a specialist in international affairs, U.S. foreign relations, and inter-American affairs. His scholarship analyzes international economic policy, global capitalism, social disruption, and political violence. With Jeffrey F. Taffet he published The United States and Latin America: A History with Documents (Routledge, 2017). He is currently revising a manuscript that examines the link between the failure of U.S.-led economic initiatives and the rise of social revolution in Argentina during the 1950s and 1960s.