Major Timmons has served in the U.S. Army under the Oregon Army National Guard for 14 years. He holds a Bachelor of Science in Political Science from Oregon State University and is currently working through his Masters in Higher Education Administration with the University of Louisville. Major Timmons is a qualified Army ROTC Professor of Military Science and holds the Basic Army Instructor Badge. He is the recipient of the U.S. Army MacArthur Leadership Award and the National Guard Company Grade Leadership award. He has led in multiple Army organizations, assisted in defense cooperation to Vietnam and deployed in support of Iraqi Freedom 2009-2010. 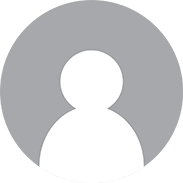 CPT Hess graduated and was commissioned out of SOU ROTC program in 2016. He has been part of the ORANG for over 5 years and has one deployment as Alpha Company’s XO in the Horn of Africa with assignments in Djibouti and Somalia. He is now serving as Alpha Companies CO assisting Oregon with the COVID-19 pandemic response efforts.

SSG Baldwin joined the Marines in 2012 as a TOW Missile Gunner. He then volunteered to go through Marine Scout Sniper School. He deployed to Afghanistan with the Marine Corps as well as served on two Marine Expeditionary Units. He got out of the Marines as SGT, and then joined the Oregon Army National Guard as an Infantryman. He deployed with Delta Company, 1-186 Infantry to the Horn of Africa with duty locations in Somalia and Djibouti. He also mobilized to support security operations in Washington DC and then mobilized again to assist Oregon with the COVID-19 pandemic response efforts. CPT Christopher Gallagher graduated and commissioned from California Polytechnic State University ROTC with a Bachelor of Arts in History and a minor in Military Science in 2011. He has served in the Oregon National Guard as an Infantry Officer and deployed twice. Once to Afghanistan as a Rifle Platoon Leader then extending with additional duties as an operations staff officer. His second deployment was a Company Commander in the Horn of Africa with assignments in Djibouti, Somalia and Kenya. He is currently commanding a Bradley Infantry Company out of Woodburn Oregon as well as lead instructor and mentor for the third year Cadets.