Dr. Linda Schott became the 13th president of Southern Oregon University on August 1, 2016. She led the campus through a comprehensive strategic planning process in her first two years at SOU. Strategic directions outlined in the plan are currently being implemented and will position SOU as Oregon’s University for the Future by equipping learners for lives and careers in a rapidly evolving world.

President Schott is a member of the Oregon Council of Presidents and works closely with colleagues around the state to support higher education in Oregon. She also serves on the Council of State Representatives for the American Association for State Colleges and Universities. Closer to home, she is a board member of the Ashland Chamber of Commerce and is an active member of the Southern Regional Solutions Advisory Committee and Rogue Workforce Partnership.

Before coming to SOU, President Schott served as the President of the University of Maine at Presque Isle from 2012 to 2016. Foremost among her accomplishments there was to transition the entire university to proficiency (or competency) based education. While at UMPI, President Schott also served on the board of the Competency-Based Education Network and co-chaired the University of Maine System Committee on Adult Learners.

To ground her work as a leader in higher education, President Schott draws on her personal, educational, and professional background. A first-generation college student, Schott grew up on a cattle ranch in the Texas Hill Country and graduated with a class of 50 from Bandera High School. She then attended Baylor University where she received her bachelor’s degree in history and German before transitioning to Stanford University where she earned her master’s degree in history and her doctorate in history and humanities.

President Schott began her teaching career in Texas, where she served as a faculty member for 18 years before she began to focus on higher education administration. In 2003 she moved to Eastern Michigan University as director of the Women’s and Gender Studies Program. She became head of the Department of History and Philosophy, and associate dean of the College of Arts and Sciences in 2006. In 2008, President Schott left Michigan to serve as the dean of the School of Arts, Humanities and Social Sciences in 2008 at Fort Lewis College in Durango, Colorado until moving to Maine in 2012.

Schott has focused academically on the intellectual history and the history of women in the U.S. peace movement. She has published several articles on women in Texas and in the peace movement. She is the author of “Reconstructing Women’s Thoughts: The Women’s International League for Peace and Freedom, 1915-1941,” published by Stanford University Press in 1997. 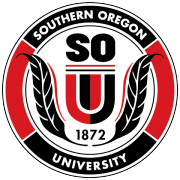