All Workshop leaders for the Shakespeare Studies Visiting Group Program are professionals in their field with exceptional knowledge and experience working with small groups in an educational setting. 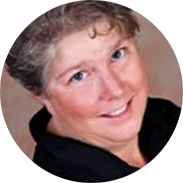 Sue is best known for her work as a composer, producer, and performer at the acclaimed Oregon Shakespeare Festival, where she has been regularly commissioned to create music for theater, dance, and video productions. She is also a director and founding member of the Terra Nova Consort, an ensemble dedicated to exploring the roots of today’s world music. Equally, at home in modern and historic musical worlds, Carney’s performances effortlessly cover genres from jazz, blues, and rock; to flamenco, Latin, and world music. Her songs and compositions likewise draw inspiration from the many musical realms she has explored in her unconventional career. Sue is currently in residence as a music instructor at Siskiyou Waldorf School, in Ashland. Oona J Meade has 27 years of makeup experience, which encompasses film, fashion, print work, television, and theatre. Oona was moved by the Oregon Shakespeare Festival to Ashland, OR to accept a position in the hair and makeup department in 2004. Previous to that Oona held positions at both the Seattle Opera and Seattle Repertory Theatre in hair and makeup. Oona has taught Theatre Makeup skills seasonally through Southern Oregon University’s Shakespeare outreach education program for the last 14 years. Oona’s Theatrical Makeup workshops offer hands-on experiences. Barret O’Brien is an award-winning actor and author from New Orleans. His work has been performed in New York, Louisiana, Texas, Connecticut, Montana, Oregon, and Washington and garnered a Storer Boone Award for Best New Play; named a finalist at the William Faulkner Literary Festival; and published by Yale Palimpsest, Jefferson Journal, LA Miscellany, American Dog, Calliope Magazine, and Smith & Kraus Books. As an actor Barret has performed in over a hundred plays in venues across the country and abroad including Los Angeles, New York, London, Paris, Budapest, Bonn, and Tblisi, Republic of Georgia. In 2021 Barret won Best Actor for his portrayal of Quint in the film Garden District at the London, Madrid, and Milan International Film Festivals. He is currently playing Carroll in the new TV series The Long, Long Night. Barret is the founder of Finding Our Tales, national storytelling workshops that embolden youth to share their voices through theatre. He’s led Tales at City University of NY, Southern Repertory Theatre, Yale University, New Orleans Center for the Creative Arts, The University of Montana, Seasons Bereavement Program, Camp Make-a-Dream, Southern Oregon University, and many other locales. He is committed to creating and celebrating stories that enhance a peaceful and environmentally-sustainable human presence on the planet. Daniel has directed, choreographed, and performed for many theaters in the Rogue Valley including nine seasons at the Oregon Shakespeare Festival as a dancer and choreographer. Daniel has taught theater and dance to teens and children while working with The Dallas Theatre Center, Dallas Children’s Theater, Ashland Middle School and other local schools plus visiting schools to the Oregon Shakespeare Festival. With a BA in Theater from SOU and an MFA in Dance from SMU; Daniel continues to teach Renaissance Dance workshops for Shakespeare Studies educational program at SOU and Baroque Dance workshops and lectures for the Music Teachers Association of Oregon. Tyrone Wilson is a graduate of the Yale School of Drama where he received his MFA in Acting and Middlebury College earning a BA Honor Degrees in Theatre and Psychology
He has appeared in several films including Privilege; Directed by Yvonne Rainer, The Super with Joe Pesci and Stone Soup with Grace Zabriskie. Theatre audiences have seen Tyrone in the European Tour of Ajax directed by Peter Sellars, on Broadway in Lettice and Lovage with Maggie Smith and the US Tour with Julie Harris. Off Broadway he performed with the Theatre for New Audience, New York Public Theater and Circle Repertory Theatre. Tyrone has performed at numerous Regional Theatres. In 26 seasons at the Oregon Shakespeare Festival, Mr. Wilson has performed over 60 roles in nearly 50 productions.